An accountant has narrated how a UK charity she worked with refused to let her handle money because she's a Nigerian and Nigeri...

An accountant has narrated how a UK charity she worked with refused to let her handle money because she's a Nigerian and Nigerians are known for fraud.

Yemisi Ajeojo, the author of Social Media is your new CV, shared her story while reacting to the news that 77 Nigerians have been arrested by the FBI for fraud.

These  stories of fraud affects all of us. I applied for an accounting  role with a charity in the UK during my placement year   One day, after I had  complained that I wasn't given any accounting task to do,  the manager who was Asian called me into his office and asked me...

"What are Nigerians known for?" Without thinking, I said 'jollof rice"
He said No and then went on to give me a long lecture on how Nigerians are known for fraud and although he wanted me to be a part of the charity,  he will not let me work directly with the money.

She said that for the rest of her stay in the organization, she was never allowed to do any work that directly involves money.

Twitter users have reacted with outrage, telling her that she was racially profiled and discriminated against because of where she comes from.

Read the rest of her tweets below. 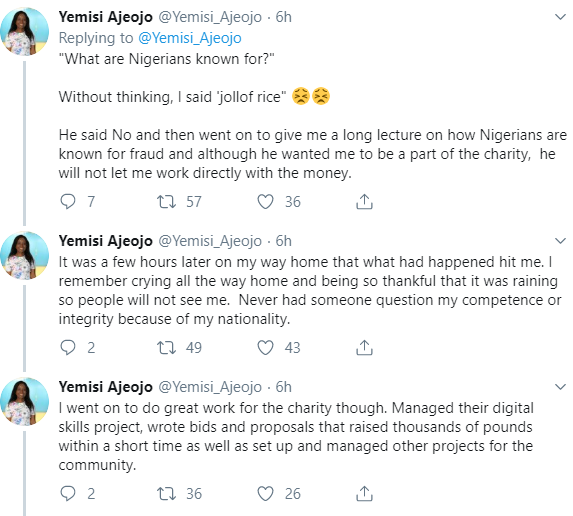 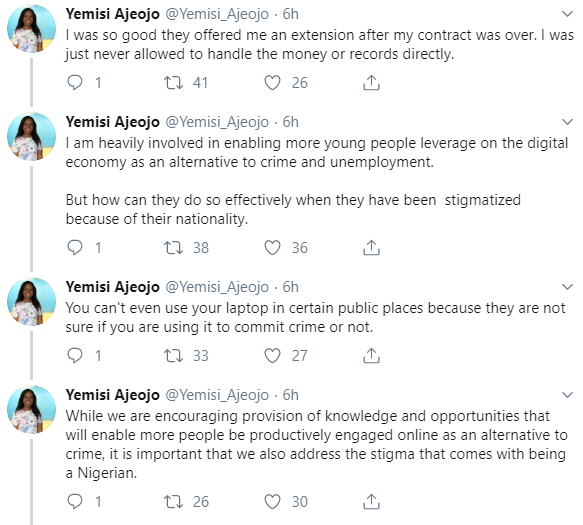 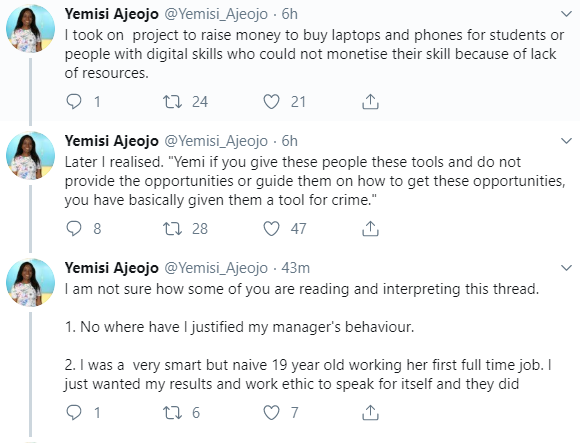 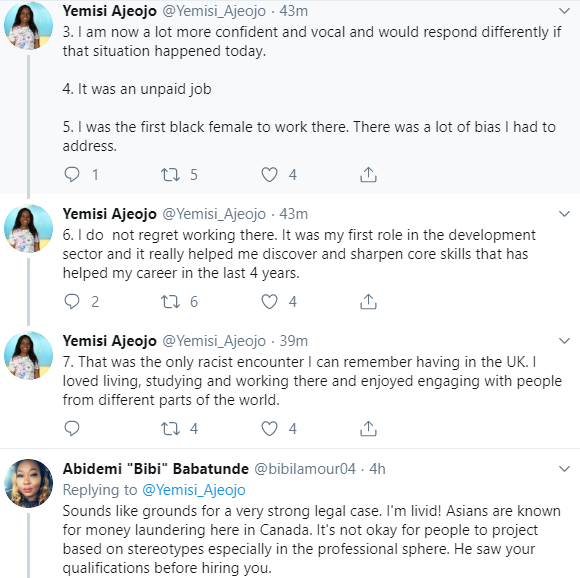